RealClearScience has listed the three biggest myths about nuclear power.  Here’s the three, with excerpts:

Myth #1. Nuclear is dangerous. In the minds of many, the examples of Three Mile Island, Fukushima-Daiichi, and Chernobyl, are enough to cement this statement as fact. But a full and rational examination of nuclear’s operational history swiftly dispels this common myth. As a variety of different analyses have shown, even when you factor in nuclear’s memorable accidents, it is vastly safer than any fossil fuel energy source.

Well, yes.  The state of art in fission reactors just continues to improve.  The latest generation of pebble-bed reactors are safe, make efficient use of fuel and are damn near idiot-proof.  Reactor designs will only continue to improve.

Myth #2. Nuclear waste is an unsolvable problem. Nuclear energy results in radioactive waste in the form of spent fuel rods – a big drawback. But did you know that coal plants actually produce more radioactive waste during their operation? Currently, more than 90,000 metric tons of nuclear waste (which would fill a football field twenty meters deep) are stored at more than a hundred sites around the United States, a workable but undesirable situation. However, that waste could be safely locked away in Yucca Mountain, a remote site in the Nevada desert situated on federal land.

The entire controversy around Yucca Mountain is a canard, nothing but.  It’s a stable site, remote from any tsunami damage, in a geologically stable location.  We can and should store nuclear wastes there.  Opposition to it is based on nothing more than hysterical anti-nuke sentiment.

Myth #3. Nuclear is prohibitively expensive. No doubt you’ve heard or read numerous accounts about nuclear power plants shutting down or even being canceled in the process of construction for being too expensive. It’s true, in some locations, the landscape of electricity generation makes nuclear unprofitable, but in most locations, nuclear power is doing just fine.

Nuclear power would truly succeed in a setting where the damaging externalities of fossil fuel power sources are priced in. The Union of Concerned Scientists estimated that a meager carbon price costing the average household only $1 per month could make nuclear competitive nationwide, while vastly reducing air pollution. 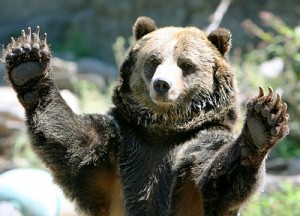 Here’s a problem.  We don’t need government picking winners and losers, not in energy, not in health care, not in anything.  No more fees, taxes, carbon prices or any other such horseshit.

But with that said, nuclear power is an essential part of our energy future.  The United States has plenty  of fuel in domestic sources.  We have plenty of storage space.  We have the best in modern reactor technology.  Fission reactors as designed today are safe, clean and reliable; the argument watermelons use against them are arguing against forty and fifty year old technology, not the current state of the art.

We should already be building new nuclear generation capacity.  It’s just ridiculous that we aren’t.