China, like their neighbor to the north, may be a dying giant.  Excerpt:

Ignore the laughable claim of the National Bureau of Statistics (NBS) that China’s economy is still growing at 6.5 percent year over year. No one believes this, least of all that country’s increasingly embattled business owners.

They know from firsthand experience that China’s economy is not only in recession, but that it is contracting across all sectors, from manufacturing, to retail, to autos, to real estate. And they know the Communist Party, and not Donald Trump, is responsible.

Accurate data is hard to come by, of course, since the party blocks economic data that contradicts the officially rosy economic picture, which is to say almost all of it. But occasionally there is a crack in the Great Firewall and a sliver of truth escapes.

One such sliver was the remarkably courageous presentation of Professor Xiang Songzuo at the Renmin University School of Finance on Dec. 15. Not mincing words, he kicked off his talk with the question: “Just how bad are things?”

He answered his own question by citing an “internal report completed yesterday” — which I strongly suspect was his own — that produced two estimates of China’s real GDP growth using the NBS’s own data. The first set of assumptions produced an estimated annual growth rate of 1.67 percent. This figure, though positive, is low enough to suggest that China has fallen into recession over the past two quarters.

As far as the second estimate of year-over-year growth was concerned, Xiang would only say it was “negative.” 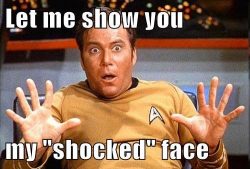 To be fair, trying to find something positive to spin about communism is being handed a shit sandwich of the first order.  And one would think that Beijing could learn something from Hong Kong, the former British protectorate that they took in and which (due to being exempted from much of the enterprise-killing policies of the rest of China) is one of the few bright spots in their economy.

To the extent that China prospers today is precisely the extent to which they have embraced some aspects of a market economy.  If they want to turn things around, they should fully embrace a free-market system.

But communists aren’t known for admitting their system is a total shitshow.  That kind of change rarely comes peacefully.