It seems San Francisco is having trouble presenting themselves as a desirable tourist destination.  Having just spent a year working in that unenviable area, I can see why.  Excerpt, with my comments:

Instead, he’s getting honest.

It’s hard to see what other choice he has.  This is a city where the “homeless advocacy” groups fought bitterly against attempts to crack down on public defecation.  The city now distributes “poop maps” to tell tourists which areas to avoid.

The ancient Romans knew better than this.  The ruling cabal of San Francisco?  Not so much.

Sure, San Francisco has great facets worthy of postcards and travel books, but it also has a worsening underbelly that D’Alessandro says he can no longer gloss over.

People injecting themselves with drugs in broad daylight, their dirty needles and other garbage strewn on the sidewalks. Tent camps. Human feces. The threatening behavior of some people who appear either mentally ill or high. Petty theft.

“The streets are filthy. There’s trash everywhere. It’s disgusting,” D’Alessandro said, adding he’s traveled the world, and San Francisco stands out for the wrong reasons. “I’ve never seen any other city like this — the homelessness, dirty streets, drug use on the streets, smash-and-grabs.

I witnessed this for my own self during the year I lived and worked in the area.

“How can it be?” he continued. “How can it have gotten to this point?”

Well, you might ask yourself who has been running this city for the past several decades.  That might yield the answer you are looking for.

Remember, this is the man whose job is to glorify San Francisco, which tells you something about how far the city has sunk. 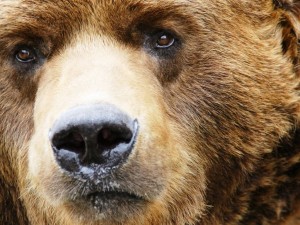 I don’t envy the guy his job.  He might consider moving his talents to some other, more appealing tourism destination, like Cleveland.

San Francisco is in the state it’s in because of one thing:  Decades of mushy-headed, political correct government.  The problems Mr. D’Allesandro is dealing with won’t be fixed without fixing the root cause – San Francisco voters, who keep putting the same lunatics in charge of the asylum.

In other words, Frisco is, yes, a microcosm of the state in which it resides.