Our allies the Saudis have detained a Saudi woman for a heinous breach of morality – she posted a video of herself wearing a crop-top shirt and a miniskirt.  Oh, the horror!  Excerpt:

The woman in the video has not been identified, but she’s being called “Khulood” online. The country’s religious police said that her attire is “offensive” and promised to investigate the matter. In Saudi Arabia, women are supposed to wear an abaya, which is a loose-fitting, cloaklike garment, over their clothes, and their hair should be covered in public. These laws do not apply to foreign women, which is why female members of President Donald Trump’s delegation to the country did not cover their heads during their visit.

First things first: that outfit is in no way offensive for walking around a city on a hot summer day. It wouldn’t be out of place in any American shopping mall.

Second: it’s absolutely abhorrent that a woman could be detained by the police for walking around outside. She wasn’t in a religious site or in some other area like a workplace where one could reasonably expect a dress code prohibiting crop tops. She was outside.

I’ve said it before and I’ll say it again:  Fucking savages.

It’s hard to form an opinion from a few seconds of grainy video, but the person in question appears to be a lovely young woman in the prime of life, a picture of the Feminine Aesthetic that we adherents to Western civilization love and revere.  But in the Kingdom, she is now in jail for wearing an outfit that would not be out of place in any high school in the United States.

So, in response, let’s remind ourselves what a real, self-confident, capable American woman looks like. 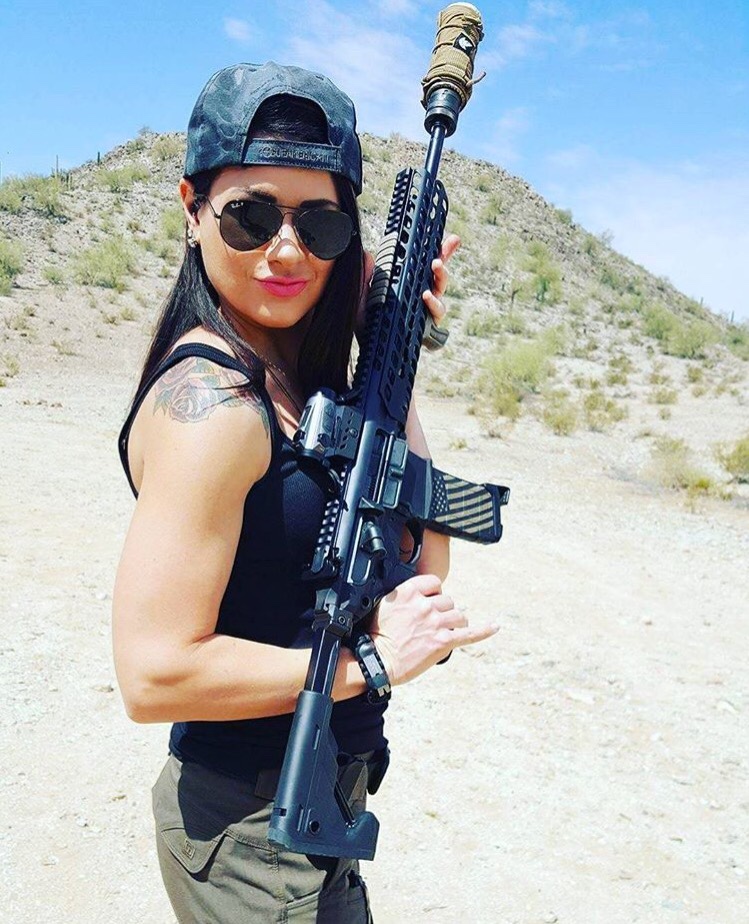