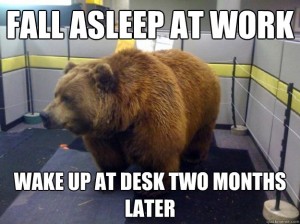 Before we move on, check out the latest in my Allamakee County Chronicles series over at Glibertarians!

Now:  From one of the few bright members of Congress these days, Rand Paul, comes this:  If No One Has to Work, No One Will.  Excerpt:

A few years ago, NPR did a fabulous story on China’s rise from the ashes of Mao’s Marxism to allow a modicum of freedom. The story takes place in the small village of Xiaogang in 1978. Several farmers had come together in a dirt-floor shack to sign a secret compact. To these farmers, this contract was dangerous. They still feared the terror of Mao and believed that if this contract were discovered, they could be executed.

The farms had been owned by the collective since private property was abolished in the 1950s. To defy common ownership of any farmland was very risky.

Yen Jingchang, one of the farmers at this secret meeting, said that “back then, even one straw belonged to the group. No one owned anything.”

One of the men present remembers a farmer asking at a local communist meeting, “What about the teeth in my head? Do I own those?” The party official responded: “No. Your teeth belong to the collective.”

Jingchang said in those days, “In theory, the government would take what the collective grew, and would also distribute food to each family. There was no incentive to work hard – to go out to the fields early, to put in extra effort.”

So these Chinese farmers broke the rules:

According to NPR, “In the winter of 1978, after another terrible harvest, they came up with an idea: Rather than farm as a collective, each family would get to farm its own plot of land. If a family grew a lot of food, that family could keep some of the harvest.”

It had been nearly 30 years since anyone had “owned” his or her labor or the fruits of their harvest. This “new” old idea went against 30 years of communist dictates, which is why the farmers met in secret to discuss a new compact.

One by one, they filed furtively into the agreed-upon farmer’s home. As NPR described it, this home was “like all of the houses in the village – it had dirt floors, mud walls, and a straw roof.. no plumbing, no electricity.”

Despite the danger, the farmers agreed to try privatizing the land – they formalized the agreement and wrote it down as a contract. One of them, Yen Hongchang, wrote out the agreement.

In the contract, the farmers agreed to apportion the land between families. The families would not get to keep the entire harvest. There still would be taxes and a portion for the collective, but for the first time in a generation, the vast amount of the harvest would go to the family that grew the crop. The more you grew, the more you and your family would profit.

The contract was kept secret. NPR reported, “Yen Hongchang hid it inside a piece of bamboo in the roof of his house.”

What they couldn’t hide was the dramatically increased harvest. Farmer Hongchang estimated that the harvest was bigger than the last five years together. A miracle occurred, albeit a miracle known at least since the time of Adam Smith: Incentives do matter.

What do you know.  Incentives matter!  Who knew?

Well, as Senator Paul points out, Adam Smith knew.  So did Thomas Sowell, and Ludwig von Mises, and any number of other people.

When they unfettered themselves from the brutally repressive Communist “collective” system, the entire system changed.  And why?  Because serfs claimed back some of their personhood that the socialist government denied them, and decided that henceforth they would produce not for the “Collective” – whatever that is – but for themselves, for their own families, for their own gain.

And it worked.  Wonder of wonders, it worked!  That’s the great thing about freedom; it works.  The freedom to produce, to profit from your production, to know that the fruits of your labor will be yours, that your property belongs to you and not some bureaucrat in Beijing – or Washington – that will always exceed any reward that socialist central planners could ever promise.