Yesterday President Trump went on the stump for his tax reform plan.  Excerpt:

“We’re here today to launch our plans to bring back Main Street by reducing the crumbling burden on our companies and on our workers,” Trump said in Springfield, Missouri. “The foundation of our job creation agenda is to fundamentally reform our tax code for the first time in more than 30 years.”

Even as he laid out his tax reform pitch in broad strokes, Trump sought to turn up the pressure on members of Congress to get behind his still-undetailed effort and he called out Missouri’s Democratic Sen. Claire McCaskill.

The Trump administration outlined the broad strokes of its proposal for tax reform in April, proposing slashing the number of tax brackets from seven to three and bringing the corporate tax rate down to 15%. It also called for income tax brackets to be set at 10%, 25% and 35% — the latter for the wealthiest Americans, down from the current 39.6% rate.

Congressional Democrats will call that “draconian,” “tax cuts for the rich” and so on.  I call it a good start. 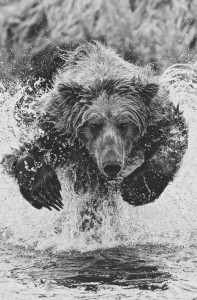 How about eliminating the capital gains tax next?  You want people to invest their hard-earned in business ventures, then stop double-taxing them on income earned from money they already paid taxes on once.  Want businesses to start bringing capital back from overseas?  Eliminate the capital repatriation penalty.  Both of those taxes are well to the left of stupid if economic growth is on the agenda, but these taxes were sold by the “we’ll soak those rich bastards” school of political campaigning.

President Trump needs to work harder to make this case on economic grounds.  Last year Americans spent more of their hard-earned paying taxes than they spent on food and clothing combined.  To call that a disgrace is like calling gang rape a mild social deviation.