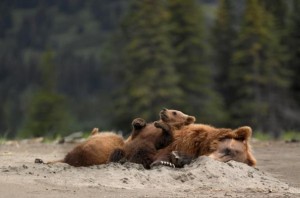 Before we start, make a note to head to Glibertarians and read the latest in my Allamakee County Chronicles – The Duck Blizzard.

Now then:  Even though I’m no more religious than a cat, I nevertheless found this interesting:  Religion Creates Community.  Excerpt:

So, in response to my students and their ideas, I want to share the findings from a new survey on Community and Society. The survey, published by the American Enterprise Institute, adds another layer to the relationship between religion, community, and empathy, and offers a rebuttal to the misguided proposition that religion plays little to no role in the formation of community. The numbers tell a powerful story, one in which religious adherents of all sorts are, in fact, far more connected and generous than their non-religious counterparts.

Similarly, when asked about empathy and being able to identify and sympathize with others, 46 percent of religiously inclined respondents said they “often” can connect with others who understand them. Only 29 percent of non-religious respondents answered in the same fashion — a 17-point difference.

Now, I’m not going to critique the study; too many such start out to prove a position and use questionable assumptions.  I have no idea if this study is one of those or not and, honestly, I can’t be arsed to figure it out; that’s not the point I want to make.  Instead, first I’ll share an anecdote, then some opinions, which will no doubt be worth every penny you’ve paid for them.

My Mom, as I’ve noted here before, grew up on a small farm during the Depression.  A routine in her family’s life was church on Sunday; Mom never was particularly religious even as a girl, but she looked forward to Sunday mornings as that was often the only time small farm families saw neighbors, relatives, kin that lived only a few miles away but spent the rest of the week busily scratching a living from the earth.

So in that sense, I don’t know as it’s religion so much that built the sense of community they had; it was church. That may be a subtle difference, but it’s still a difference.

I think that any institution that attracts people around a common cause, belief, ethic or interest can foster a very similar sense of community.  My gun club, for me, serves a similar purpose.  When I spend a Saturday morning at the club to shoot a couple rounds of trap, I often spend more time in the clubhouse gassing with the other members than I do shooting, and that’s by choice; we’re all there because we have something in common, we are attracted to the Saturday morning trap range because we like to shoot, we like fine shotguns, and we like the camaraderie and the friendly joshing over who is and isn’t shooting well that day.

We’re social animals.  We need to be around other people, and generally enjoy being around people with whom we share something; age, background, interests and, yes, religion.  It’s natural and normal.  I’m no different.  While I’m not religious – and I differ from too many atheists in this – that doesn’t mean I don’t understand the value religion has in many people’s lives, and if it brings them peace and well-being in addition to this sense of community, well, that’s great.

It’s great to be part of a community.