Short post today, due to a late night last night and an early morning today; such are the wages of the traveling life.

Anyway.  I think I may need one of these. 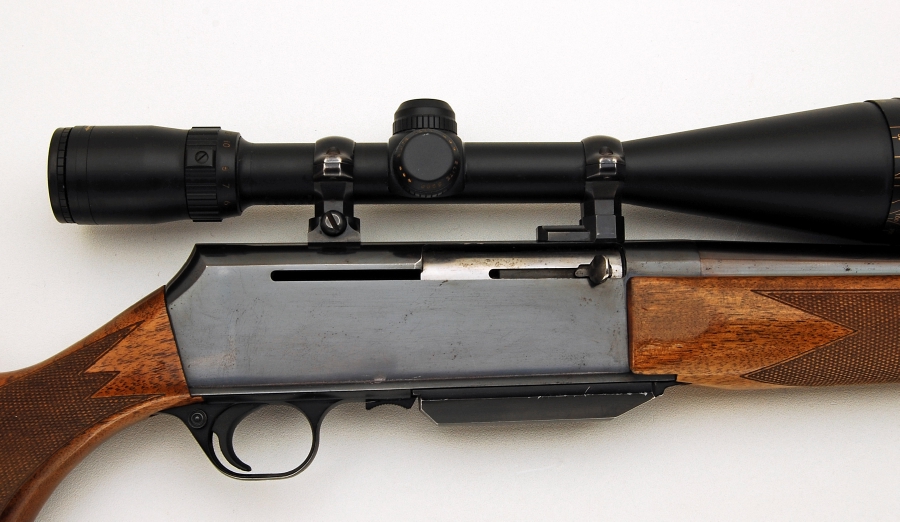 This, True Believers, is the famous Browning Automatic Rifle (Not that BAR, the other BAR) and the one I’d be seeking comes in one of my favorite big-game rounds, the.338 Winchester Magnum.

I’ve been sort of watching the various auction sites for a .338 Win Mag BAR, one of the older Belgian-made guns.  While I still maintain my fondness for Thunder Speaker, I am wondering if the gas-operated BAR might deliver the wallop I like in a hunting rifle without quite as much wallop on the shoulder.

The BAR also has the advantage of being plainly a sporting semi-auto, as evidenced by its lack of black polymer furniture, Picatinny rails and shoulder things that go up.  Of course it’s functionally identical to the most tacticool AR-pattern rifle ever made and much, much, much more powerful.

But that’s not why I want it.  I want one because I think it would be a fine hunting rifle, because I appreciate the craftsmanship Herstal put into Browning’s shootin’ irons, but mostly just because of the fact that the fact that I don’t need another gun doesn’t mean I don’t want another gun.