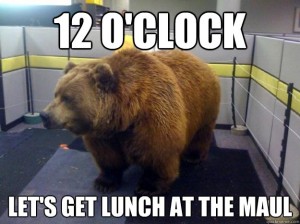 Thanks once again to Pirates Cove and The Other McCain for the Rule Five links!

Once again I find Japan right where I left it.  This gig will have me working in Tokyo’s Nishiginza district, only a short walk from the famed Ginza shopping area and a few blocks from Tokyo harbor.  Should be an interesting time; I have two and a half (my return flight departs on a Saturday evening) to explore one of the world’s most populous cities and its surrounding areas.  Watch this space for photos and commentary.

Meanwhile, under the “predictable input from the usual idiots” category, we have this (emphasis added by me):  Was it terror? Somali refugee student shot dead after mowing down Ohio State classmates with his car and slashing them with a butcher’s knife – injuring eleven.  Excerpt:

Somali refugee Abdul Razak Ali Artan has been named as the assailant in a rampage at the Ohio State University on Monday, that left eleven people injured.

Artan is reportedly a Somali refugee who fled his home country in 2007, moving first to Pakistan with his family before coming to America in 2014 and gaining legal permanent resident status. His age has not been confirmed, but it has been reported by various outlets as 18 and 20.

While the motive for the attack is still under investigation, there are questions about whether Artan may have carried it out in jihad, since he is Muslim. Somalia has become a haven for terror groups – including ISIS – since civil war broke out in the 1990s. And Columbus has one of the largest contingents of Somali refugees in the U.S.

But here’s the real insight from the would-be killer himself:

In the piece, he said that he struggled to find a private place to pray on campus, after transferring from Columbus State which had such facilities.

‘This place is huge, and I don’t even know where to pray. I wanted to pray in the open, but I was kind of scared with everything going on in the media.

‘I’m a Muslim, it’s not what the media portrays me to be. If people look at me, a Muslim praying, I don’t know what they’re going to think, what’s going to happen,’ Artan said.

Read that over carefully, then think about it for a few.  Go ahead – I’ll wait right here.

Ready?  Let’s summarize his statement.  This jackass decides that he’s oppressed for being a Muslim because people who see him praying might think he’s a dangerous jihadi – so he reacts by becoming a dangerous jihadi.

Meanwhile, some of the usual useful idiots in the gun-control movement just couldn’t wait to try to weave a narrative about guns into an incident carried out with an automobile and a knife.

You really just can’t make this stuff up.