This seems appropriate for Halloween:  Why American Needs a Hate Speech Law.  Let me preface this by saying to the author, “Fuck off,” in advance.  Excerpts, with my comments:

When I was a journalist, I loved Justice Oliver Wendell Holmes Jr.’s assertion that the Constitution and the First Amendment are not just about protecting “free thought for those who agree with us but freedom for the thought that we hate.”

But as a government official traveling around the world championing the virtues of free speech, I came to see how our First Amendment standard is an outlier. Even the most sophisticated Arab diplomats that I dealt with did not understand why the First Amendment allows someone to burn a Koran. Why, they asked me, would you ever want to protect that?

My reply to this “sophisticated Arab diplomat” would be to ask how he deals with gay people or Christians in his country.  “How many gays were tossed off rooftops in your country in the last year?”  Seriously, why would you take anyone from that part of the world seriously when discussing fundamental freedoms?

All speech is not equal. And where truth cannot drive out lies, we must add new guardrails. I’m all for protecting “thought that we hate,” but not speech that incites hate. It undermines the very values of a fair marketplace of ideas that the First Amendment is designed to protect.

I see – we have to destroy the village in order to save it. 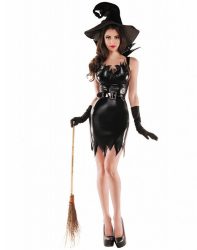 Well, to that I can only say “Fuck off, slaver.”

Forget the term “hate speech.”  It’s a canard.  What this asshole and others like him are seeking to prohibit isn’t speech; it’s thought.  Wrongthink is the crime proposed, and the crime itself will involve no more than offending someone’s sensibilities; this will leave you at the mercy of the most hypersensitive, most prickly, most easily offended group extant.

Yes, I’m looking at you, “sophisticated Arab diplomat.”  Fuck you and the horse you rode in on; I’ll speak as I please, and if I want to burn a Koran – or a Bible, or a flag, or the Book of Mormon, or the New York Times – then I damn well will.