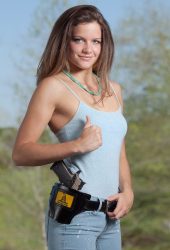 Back in 2014, four California gun dealers sued the the woman who was then acknowledged by presidential proclamation as the nation’s best-looking attorney general over a law that prohibited gun stores from displaying images of guns. On their stores. Or their signs.

Now, according to a press release from the Calguns Foundation, a federal judge has ruled that California’s law is a violation of the gun dealers’ First Amendment rights. Here’s that press release: 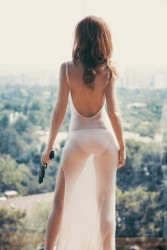 Imagine that.  A judge determined that states (and, presumably, other levels of government) can’t just wave away a Constitutionally-defined right by passing a law.

It’s important to note that this is a First Amendment case, not a Second Amendment case, but that doesn’t make it any less significant to gun owners.  Would-be gun controllers aren’t above chipping away at the edges of the Second Amendment, and stupid laws like this one do precisely that, by singling out gun retailers over all other legal businesses for special government-imposed restrictions on their right to advertise their legal wares.

California Penal Code section 26820 was of a piece with laws singling out firearms manufacturers for legal liability for the use of their wares in a crime, an onus placed on no other manufacturer of legal products, anywhere.  The anti-gun crowd sells this as “exempting gun makers from product liability,” which is a pernicious lie; gun makers are subject to precisely the same liability for faulty products as any other manufacturer.  What the gun banners is the equivalent of allowing families of people killed by drunk drivers to sue General Motors.  It’s stupid, it’s wrong, and it’s an attempt to curtail the Second Amendment rights of law-abiding citizens.

So was California Penal Code section 26820.  This was a bad idea and a bad law.  It’s a travesty that it remained on the books for 95 years.   But it’s gone now.