In California’s 39th Congressional District, Republican candidate Young Kim was widely anticipated to snag an electoral victory and fill outgoing Rep. Ed Royce’s shoes, becoming the first Korean-American woman to serve in Congress. On election night and the next day, she held a wide lead ahead of Democrat Gil Cisneros. While waiting for the official ballot tally, Kim flew to Washington D.C. to attend orientation events for freshmen members of Congress, including the class photo op, but as ballots continued to pour in up to a week after the election, the results flipped and she ultimately lost.

Watching every single contested congressional race flip from Republican to Democrat days after the election is, as Ryan put it, weird. While Here are six reasons California’s electoral system is deeply flawed.

A new state law allows third parties to pick up ballots and drop them off at polling locations on behalf of that person, a practice known as “ballot harvesting.”

In video footage that surfaced last month, a woman who identifies herself to a California resident as Lulu is seen knocking on someone’s door and offering to deliver their absentee ballot, but “only to, like, people who are supporting the Democratic Party.”

Now, as for that specific video:  Were the shoe on the other foot and the operative saying “…people who are supporting the Republican Party,” I’d be suspicious of a set-up.  So I’m forced to be skeptical here, too; there’s just no indication that this is an authentic portrayal of a real event. 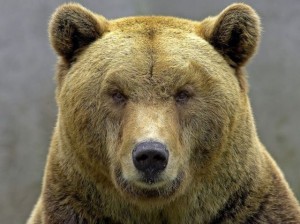 Is it asking too much to expect people to cast their own damn ballots?  I suppose you should make some allowances; my mother, in the 2016 election, was bedridden and only left the house at great pain and effort, so the local election commission sent two election workers – one from each party – to my parent’s house so Mom could fill in her vote.  But in California, it seems any schmuck can pick up ballots – say, from a listing of registered Democrats, or Republicans, it’s just as wrong either way.

It’s becoming as standing joke in too many places around the country, boxes of ballots mysteriously appearing the day after the election – or several days after.  It’s time to stop these shenanigans.  Anyone who has any faith in our election process right now just isn’t paying any damn attention.