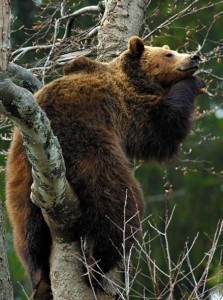 Before we start, check out my latest over at Glibertarians. This week, it’s another tome on dealing with the unthinkable.

Now then:  Former Hawaii Representative Tulsi Gabbard, one of the few remaining moderate Democrats on most issues, (Not the Second Amendment, though!) warns us of the possible formation of a new Patriot Act for “domestic threats.”  Excerpt:

Tulsi Gabbard, the former Democratic representative from Hawaii, on Friday expressed concern that a proposed measure to combat domestic terrorism could be used to undermine civil liberties.

Gabbard’s comments came during an appearance on Fox News Primetime when host Brian Kilmeade asked her if she was “surprised they’re pushing forward with this extra surveillance on would-be domestic terror.”

“It’s so dangerous as you guys have been talking about, this is an issue that all Democrats, Republicans, independents, Libertarians should be extremely concerned about, especially because we don’t have to guess about where this goes or how this ends,” Gabbard said.

She continued: “When you have people like former CIA Director John Brennan openly talking about how he’s spoken with or heard from appointees and nominees in the Biden administration who are already starting to look across our country for these types of movements similar to the insurgencies they’ve seen overseas, that in his words, he says make up this unholy alliance of religious extremists, racists, bigots, he lists a few others and at the end, even libertarians.”

She said her concern lies in how officials will define the characteristics they are searching for in potential threats.

She said the proposed legislation could create “a very dangerous undermining of our civil liberties, our freedoms in our Constitution, and a targeting of almost half of the country.”

Note this part: “…he says make up this unholy alliance of religious extremists, racists, bigots, he lists a few others and at the end, even libertarians.”  Libertarians?  You mean, those of us who have at the heart of our personal philosophy something called the Non-Aggression Principle?  Now, note that the NAP does not proscribe the use of violence altogether; it proscribes the initiation of violence.  If another party commits an act of aggression, the NAP certainly does not prohibit violence in reply.

But that’s neither here nor there.  I haven’t read the proposed legislation, but it seems logical that to carry out these stated purposes, some new enforcement agency, maybe a Committee for State Security (just for kicks, if you translate that to Russian, you get Komitet Gosudarstvennoy Bezopasnosti) whose role would be, oh, maybe surveilling these suspected nefarious conservatives and libertarians, and maybe precluding any acts of rebellion by, oh, bringing them in for questioning?  And how do you think people on the margins are going to respond to being demonized and singled out in such a manner?  How many actual insurrectionists are you going to create with such a law?

The Constitutional issues here are many and enormous.  Honestly, though, I’ve always weighed in against wild-eyed conspiracy theories.  These days, though, it’s getting harder and harder to not be just a little paranoid.