No, it’s not what you think.

Imagine the worst kind of injury a man could suffer, short of being killed or (maybe) brain-damaged.  The WW2 Wermacht made a mine to accomplish just this “unmanning.”  It was called the Bouncing Betty, and it went off at waste height, resulting in emasculating – in the truest sense of the word – injuries.

IEDs in use in some less friendly parts of the world today have similar goals.

Now, though, there may be hope for some men who have suffered such injuries.  Excerpt:

Many soldiers returning from combat bear visible scars, or even lost limbs, caused by blasts from improvised explosive devices, or IEDs. However, some servicemen also return with debilitating hidden injuries — the loss of all or part of their genitals. Now, the Johns Hopkins reconstructive surgery team that performed the country’s first bilateral arm transplant in a wounded warrior has successfully performed the first total penis and scrotum transplant in the world.

“We are hopeful that this transplant will help restore near-normal urinary and sexual functions for this young man,” says W.P. Andrew Lee, M.D., professor and director of plastic and reconstructive surgery at the Johns Hopkins University School of Medicine.

A team of nine plastic surgeons and two urological surgeons was involved in the 14-hour surgery on March 26. They transplanted from a deceased donor the entire penis, scrotum (without testicles) and partial abdominal wall. 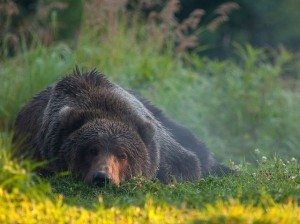 “It’s a real mind-boggling injury to suffer, it is not an easy one to accept,” says the recipient who is a veteran who sustained injuries in Afghanistan and wishes to remain anonymous. “When I first woke up, I felt finally more normal… [with] a level of confidence as well. Confidence… like finally I’m okay now,” he says.

Hopeful as this is, it would be even better (no immune-suppressive drugs) to be able to fashion some replacement tissues from the patient’s own stem cells, but even that is a few years off yet.

Not all that long-ago this kind of injury would be horrifically, permanently life-altering for young combat servicemen.  Now it will still be life-altering, but maybe less drastically so.  It’s nice to see some hopeful developments.